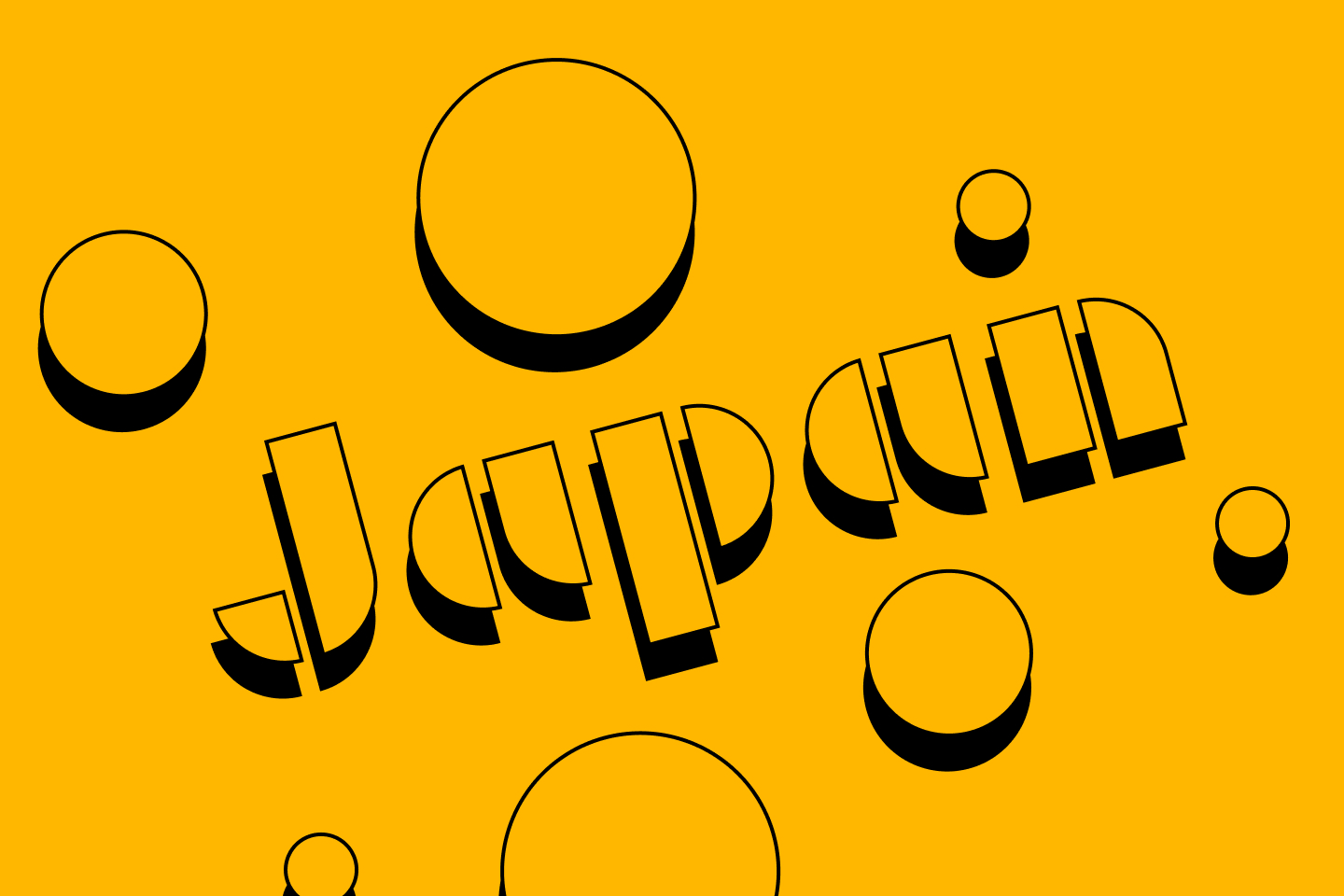 This part one of a four part series.

Six years ago, I sat on a bench in the international terminal at SFO, my eyes gazing at an Asiana Boeing 777. It was to be my home for the next half-day as we flew to Seoul Incheon Airport. The anticipation that had built up over the preceding months was overflowing. I could feel the adrenaline running through my veins, the jitteriness leading me to shake my leg.

I was about to go to Tokyo. I knew that the next month would be a blast. Here’s what I didn’t know. The trip would change my life.

I have written extensively about my travels to Japan on this blog. I recently wrote about my trip to Kyoto at the pandemic’s start. Before that, I wrote a four-part series about a trip to Tokyo and the surrounding areas.

Those essays were from the point of view of someone who had been to Japan many times before — someone who could get around the country comfortably.

That time six years ago in SFO, I was still a newbie. My conceptions of Japan were entirely formed from the media I had consumed since middle school — Anime, Manga, Dramas, J-pop. I had taken a few courses about Japan in college, including my favorite, the Cultural History of Japanese Monsters. Visits to Izakayas and a little Japanese hole in the wall near campus developed in me a liking for Japanese cuisine.

Therefore to say that I was anticipating a trip to Japan would be an understatement. It was the one place I wanted to go more than any other in the world.

The ride from Haneda

I vividly remember landing at Haneda airport after leaving my house almost a full day before. My eyes slightly burned from being open too long. My legs felt like weights that moved by themselves. The excitement hadn’t worn off, though.

Unlike most trips that took me through Tokyo, this time, I finally left the airport instead of stopping there and then jumping on another plane.

Since it was so late, I did what any stupid American tourist would do. I called an Uber. While waiting, I picked up a new PASMO IC card and customized it with my name.

The only idenfication and payment I needed during the trip

Shortly, a black car rolled up nearly silently under electric power. I recognized the Toyota logo and the Hybrid badge; however, I didn’t recognize the model.

Wearing white gloves and perfectly pressed uniform, the driver walked over, took my bags, put them in the back, and opened and closed the door for me.

Aside from a few details, which I would later recognize to be standard accessories for taxis (such as white doilies on the seats), the car felt thoroughly like a limousine on the inside.

In a hushed baritone voice, the driver asked me if music was alright. I, of course, said yes. And there started the most relaxing yet surreal half-hour in my life. Getting from Haneda onto the freeway was quick. We drove a few stories up in the air, weaving between the skyscrapers. All the while, I’m listening to jazz standards set just loud enough to conceal road noise.

Off the highway, the roads got narrower and narrower. We snaked our way around the neighborhood until we made a stop on a paved side street. As I stepped out of the vehicle, I was snapped out of my trance by a rush of cold, crisp December air.

I found my way into the room my friends had reserved on Airbnb. They had arrived a few days earlier and kindly saved the bed on the tatami nearest to the door. Soon, I was caught in a deep slumber.

In the morning, we were quickly out the door. As we walked the ten minutes to grab breakfast at a nearby 7-Eleven, I let the sights, sounds, and smells of Japan soak into me. Strapped to my side was my camera, a Sony a7 with a Voigtlander 40mm f/1.4 attached via a VM-E Close Focus Adapter.

I hadn’t yet discovered my love for Leica at the time, but that setup showed me the power of a larger sensor and the pleasure of proper manual control. It showed me how simply having a camera that is fun to use at my side changes the way I perceive the world. I saw frames everywhere I looked and noticed things I otherwise wouldn’t have.

I’ve gone through my old photos for this essay and re-edited them using everything I’ve learned since the trip. As I looked through them, I realized that while my photographic eye was decent, my editing skills were terrible. So I’ve gone through and readjusted them to fit my current taste.

After our quick breakfast, we jumped on a Tokyo Metro. After nearly an hour of riding, our destination loomed in the distance. Four inverted pyramids raised on columns marked the entrance to the Tokyo Big Sight, the largest exhibition center in Japan.

My friends planned the trip around Comiket, also known as Comic Market. I expected it to be like one of the anime conventions I had visited in the US. As I stared out at the massive crowds in front of Tokyo Big Sight, I knew I was wrong.

This convention can see half a million attendees in a single day. When we arrived, we saw the system that enables that kind of attendance. There was no long single line. Instead, staff directed us into a large rectangular holding group about ten people wide and a few hundred deep.

Over time, the staff would move each of these large groups from one rectangular space to another, essentially moving thousands of people ahead all at once.

Once we finally passed the doors into one of the floors, I got my first taste of the convention. Comiket is centered around Doujinshi or self-published Manga.

As I walked the aisles, I saw microscopic versions of the line management we saw outside. Comiket staff managed queues for booths while keeping aisles clear and preventing fans from losing their place.

I finally walked outside and found yet another fantastic sight — a sea of cosplayers surrounded by photographers. The cosplay section is the main attraction for some, and I could see why. The quality of the costumes was top-notch.

Every day, my friends would leave quite early in the morning to get into the convention when it opened. I would first take a run through Tokyo, as I had earlier realized that running through new cities was my favorite way to experience them. I found that I was often running 6-8 miles and walking another 15 or more. The result was that I had a ton of energy, could eat nearly anything, and almost immediately fell asleep at night.

After my run, I would clean up, grab a quick breakfast and join my friends at the convention, continuing to look for artists that interest me.

At the end of each day, we’d all make our way to Akihabara, the mecca for geeks and nerds of all types. There is a little of something for everyone — shops selling manga and anime, hobby stores with kits and figurines, arcades where you can try the most complex machines in the world, and my favorite — second-hand shops with used books, electronics, and more.

After Comiket and celebrating the new year at the Meiji Shrine, we decided to cap the trip off with an excursion to Hakone. We hopped onto a 50000 series VSE Romancecar limited express. It’s a special tourist train with the driver perched above the passenger compartment, giving us a complete view out of the large windshield at front.

The scenery was breathtaking, and the ride was smooth. I hadn’t yet taken a Shinkansen, but I was already in awe of the rail experience.

In Hakone, we spent a day at a hot spring, including a private hour where we could enjoy the contrast between the natural hot water and the near-freezing air. We wore traditional clothing, slept on futons prepared by the staff, and took elaborate meals in our rooms.

That day gave me a chance to reflect and ponder about my feelings. I had only been there a short time, but I was already in love with Japan. I admired the attention to detail taken by every worker we saw, a result of which is a lively yet orderly place. I was getting used to managing my own trash. Japan doesn’t use public trashcans like in other cities. Physically, I was feeling great since I was sleeping, eating, and exercising better than before.

The trip was coming to a close for many in the group, but two of us were about to go off on our own. I finally felt like a nomad. I felt content with my existence and wouldn’t have regretted it if I never returned home. I had finally forgotten the stresses and self-limiting thoughts that were holding me back. As I would later find out, that open mind I cultivated in the first week would enable me to rethink my life a few weeks later.

As I reprocessed my photos for this series of photo essays, I also noticed a marked change in my photography. The manual focus lens forced me to slow down and focus on capturing what I was feeling at the time. It unlocked in me a new form of creativity.

While I previously used to worry about if I was capturing every shot properly or using my equipment to its fullest potential, on that trip, I learned to enjoy the act of taking photos.

I’ll continue the story in the following essay, but until then, I’ll leave you with an assortment of shots taken on the street and from trains.