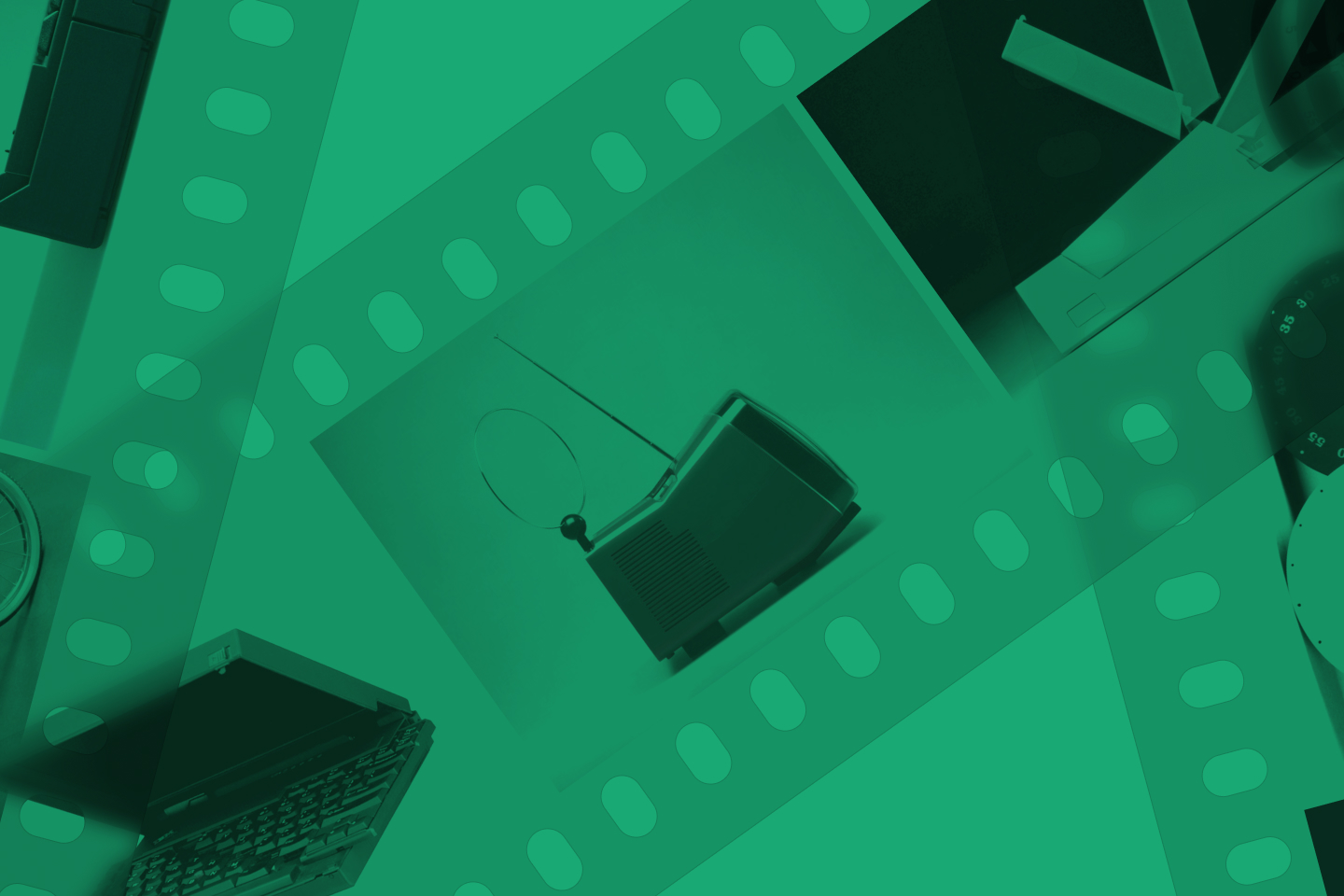 Two perspectives on the designer who Steve Jobs could not hire

Richard Sapper isn’t a household name like Jony Ive, Dieter Rams, or Phillipe Stark. Yet, his impact on the world earns him a place in the pantheon of design.

When Apple was still a fledgling manufacturer of personal computers, Steve Jobs tried to hire him. The job would have required Richard to move from Milan to the Bay Area and abandon his exclusivity contract with IBM, two things he could not do.[1]

Apple’s motto may have been “Think Different” at that time, but its design philosophy was certainly “Less but better.” Its products have continued to become more and more minimal.

“Less but better” didn’t germinate at Apple. It came from the legendary Dieter Rams at Braun. Jony Ive unabashedly points to Rams as one of his inspirations. When Gary Hustwit asked him what a computer would look like if he designed one today, Dieter said this.

It would look like one of Apple’s products. In many magazines or on the Internet, people compare Apple products to things which I designed… …In terms of aesthetics, I think their designs are brilliant. I don’t consider it an imitation I take it as a compliment.

That mutual admiration between Jony and Dieter solidifies the philosophical link between Apple and Braun. It’s a philosophy that finds its roots in Dieter’s early collaboration with HfG Ulm, a school that many consider the spiritual successor to the Bauhaus.

While Richard Sapper didn’t attend HfG, he found himself in its orbit through contact with its founders and students. Coincidentally, he was also born in the same year as Dieter Rams and two other influential Germans, Ingo Maurer, Gerhard Richter. 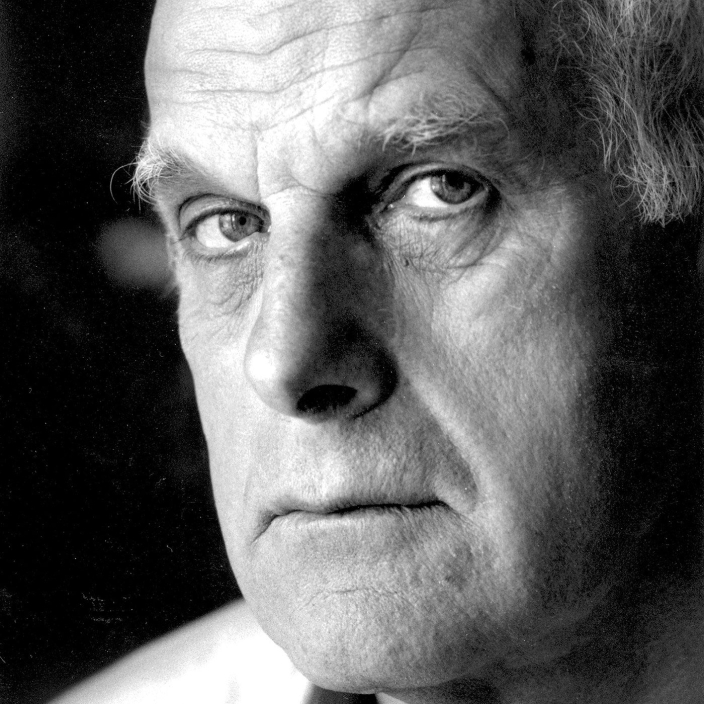 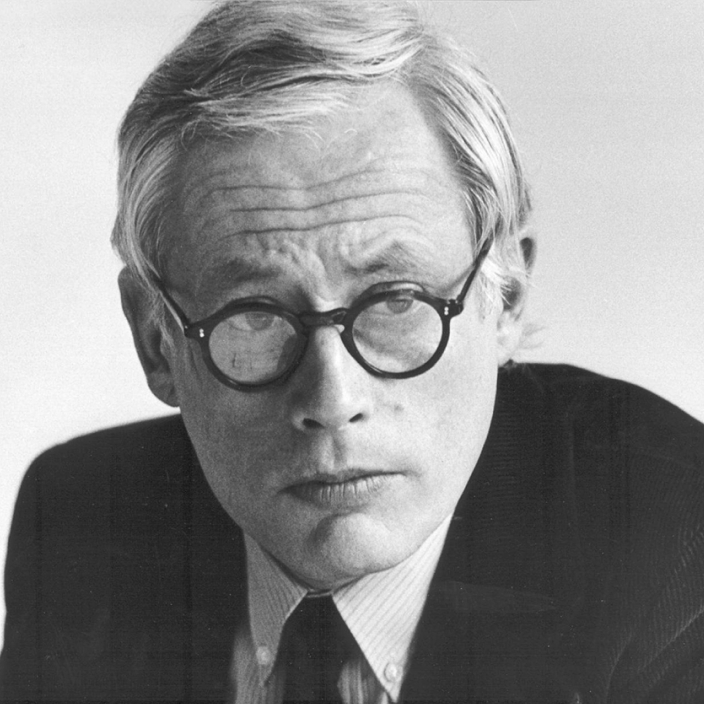 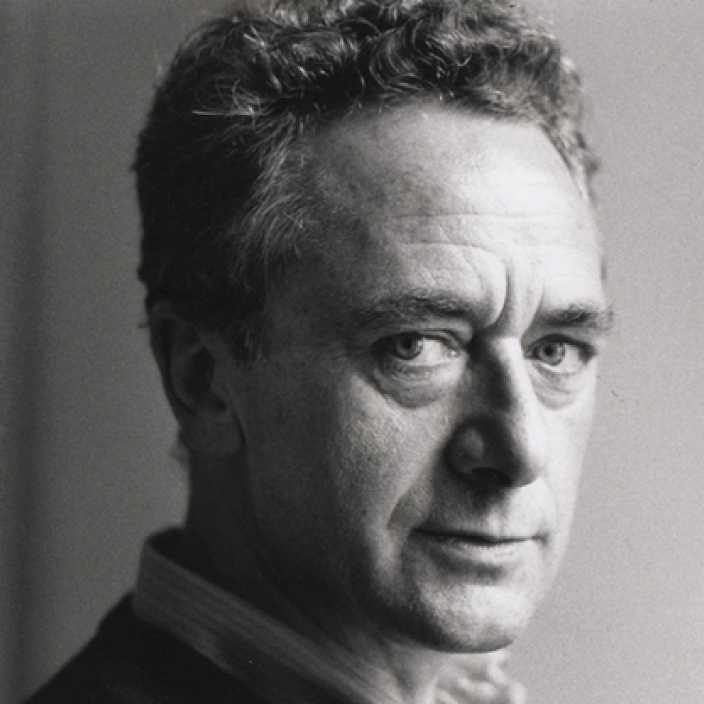 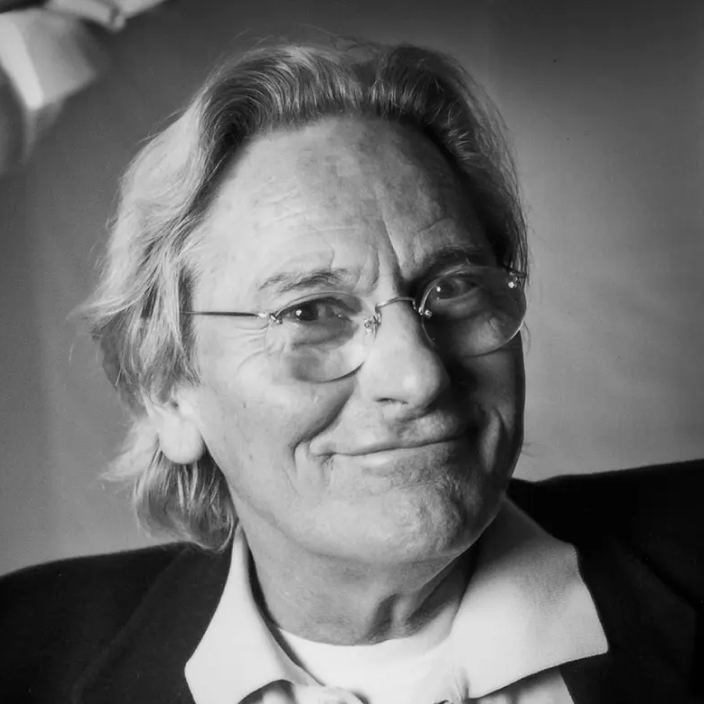 It goes like this. In the 1970s and ’80s, the soul of product design was in the hands of two Germans. One was a minimalist who reduced products to seductive shells with their features rubbed smooth, and occasionally gave them nicknames like Snow White’s Coffin. The other, far from hiding the technical nature of these products, revelled in it. His designs were black and boxy, they had sophisticated moving parts, and they wore their technicality on their sleeve.

This contrast is evident when comparing Richard’s IBM Thinkpad 701 of 1995 to Jony Ive’s PowerBook G4 of 2003.

When the Thinkpad is closed, it looks like a simple black slab. When opened, a cam at the hinge theatrically rearranges two keyboard halves to extend out of the computer. There are numerous colorful accents, including an IBM logo in red, green, and blue, and of course, the red Trackpoint.

The PowerBook, on the other hand, aims to be as simple as possible in whatever state. Each part is made from very few shades of silver and gray.

The use of color is yet another fundamental difference between the two schools of thought. Apple has embraced Dieter’s love of white and silver, while Richard uses primarily black with small accents in red. It’s not merely an aesthetic choice. He chose black because it fits in well in nearly any environment and hides cracks and other defects[4]. 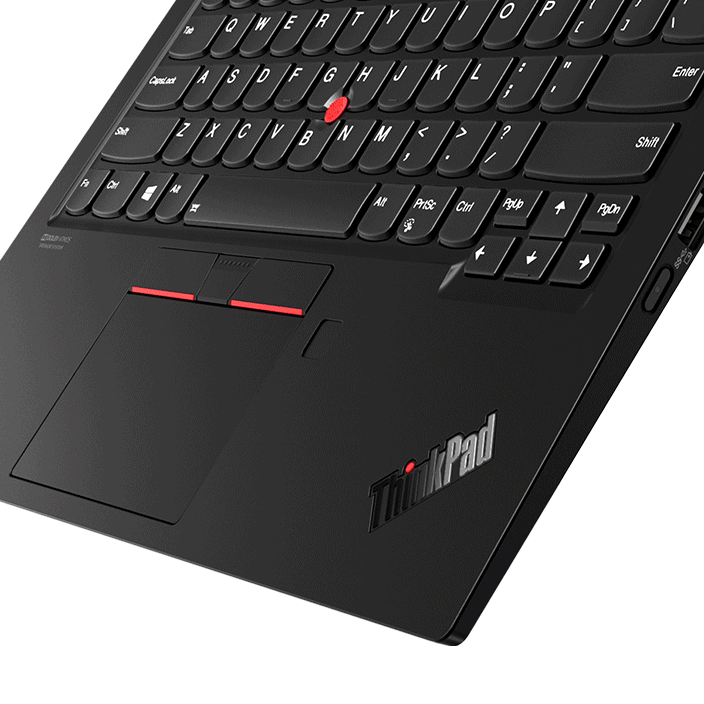 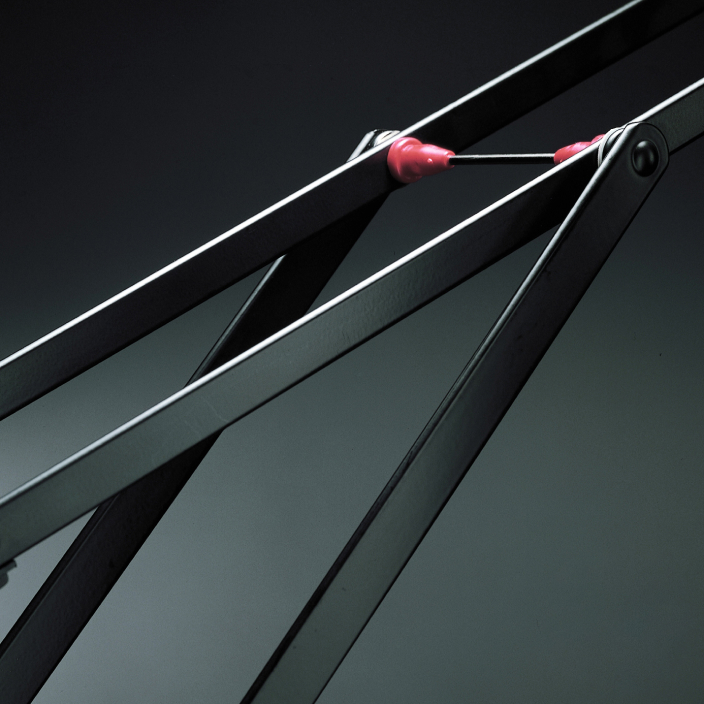 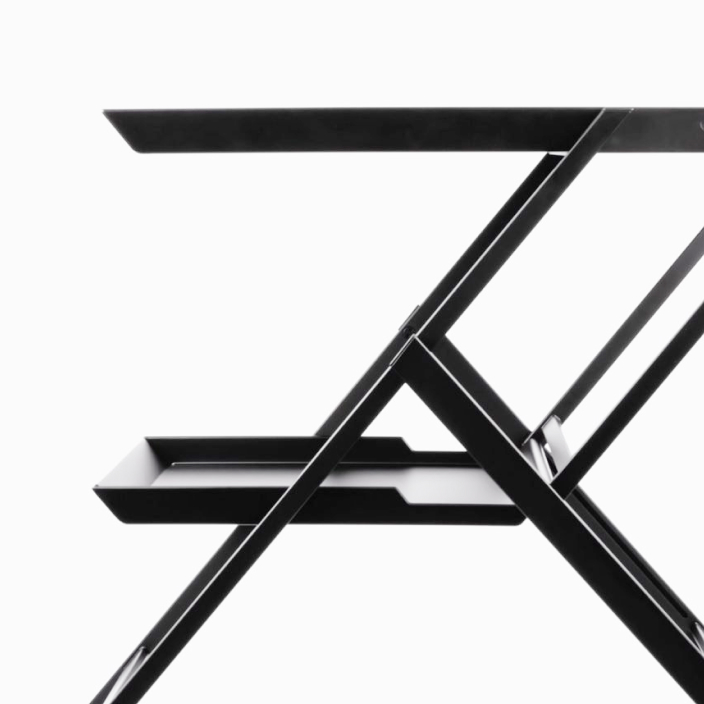 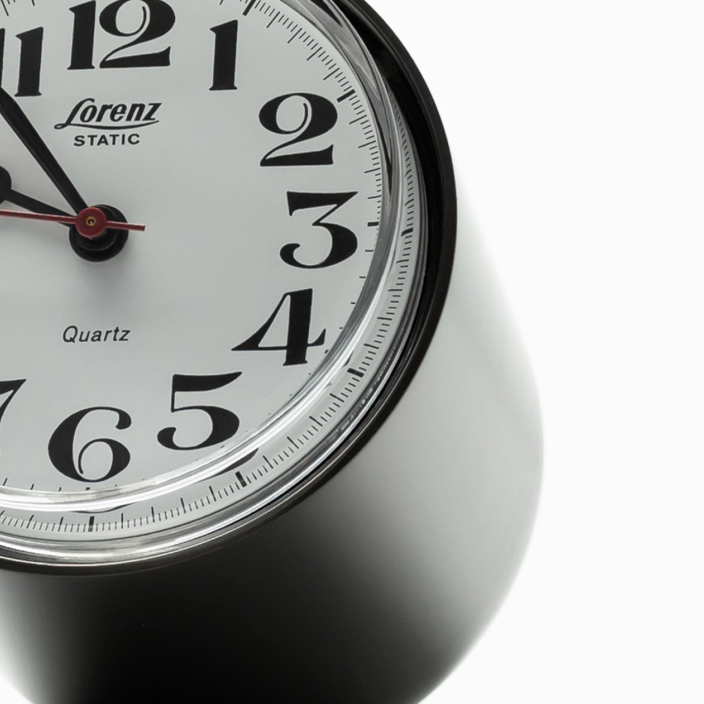 Beyond the products, Dieter and Richard interfaced with the world quite differently. Dieter was a celebrity at the height of his career, serving as a spokesman for Braun. Apple took this idea further by letting Jony Ive tell the stories about its products. Jony’s voice has reached so far that clips of him pronouncing the word “aluminium” have become memes online.

Richard, on the other hand, was “a firm believer that products speak for themselves.”[5] He never crafted ten principles for good design like Dieter. He rarely made public appearances beyond the teaching he did.

Fortunately for us, there is a small set of books and videos that help us see who Richard Sapper was.

One is a documentary created at the height of his career in the 80s. The other is a book, a sort of retrospective created in the last years of his life. By listening to Richard Sapper in these two moments in time, we can see both his unwavering principles and his evolving perspective.

The documentary is part of By Design, a six-part series featuring Lella and Massimo Vignelli, Milton Glaser, Benjamin, and Jane Thompson, Karl Lagerfeld, Elliott Erwitt, and of course, Richard Sapper. Roberto Guerra created the series for television in the 80s. Unfortunately, recordings are hard to come by. Luckily, the Richard Sapper episode can be found on YouTube.

The designer as artist

The documentary begins with Richard walking around Henry Moore’s Reclining Figure (Lincoln Center). He explains his belief that industrial design is more like sculpture than architecture, the field from which it sprouted. He draws a comparison between the literal movement of products and the figurative movement seen in sculpture.

That particular sculpture later became the inspiration for a Yale summer program he taught in Brissago, Switzerland, from 1985 to 1996. He tasked his students with crafting three-dimensional objects that would tell a story when seen from different angles, just like his favorite sculpture.

The designer in motion

As the documentary continues, we follow Richard around the world while he collaborates with his clients. We see him eating dinner at home and skiing with his family, their dog chasing them down the slopes. In each of these scenes, we catch glimpses of various products he designed and see that motion was not just a part of his work but part of his lifestyle.

This life starkly contrasts to how we saw Dieter Rams live in Rams. Dieter trims his bonsai and sits at a desk that has remained unchanged for decades. A designer like Rams stays at home, perfecting every aspect of their lifestyle and preaching their principles to the world. On the other hand, Richard travels around the world working on a wide variety of projects. All the while, he rarely speaks to the public about his work or his ideas.

In my favorite segments of the documentary, Richard finally does enthusiastically speak at length about his work.

The result is a volume that is one part conversation, one part history, one part photo essay. Ramak Fazel created the beginning, a series of photographs of Richard around his house. They bear his marks — simple compositions, the square aspect ratio from his Rolleiflex TLR, and nearly blown-out flash.

The second part reads like an oral history, interspersed with messages from the author about his various meetings with Richard. The seamless effect of the writing is achieved by splicing in interviews and writing from the entirety of Richard’s life.

Notes point to specific pages in the last section — a complete catalog of Richard’s work and his appearances in media.

The book builds upon everything Richard spoke about nearly three decades earlier in the documentary.

The designer as engineer

One of the standout themes is how Richard approached his craft first from how a product would work and move. The Alessi 9090 is a perfect example. The now-iconic espresso machine was envisioned as a response to the popular Bialetti Moka Pot Express. Due to design defects, the Moka Pot, on occasion, would build up so much pressure that it would explode. So, the 9090 was not just Richard’s take on the stovetop espresso machine but a direct response to the Moka Pot’s failures. 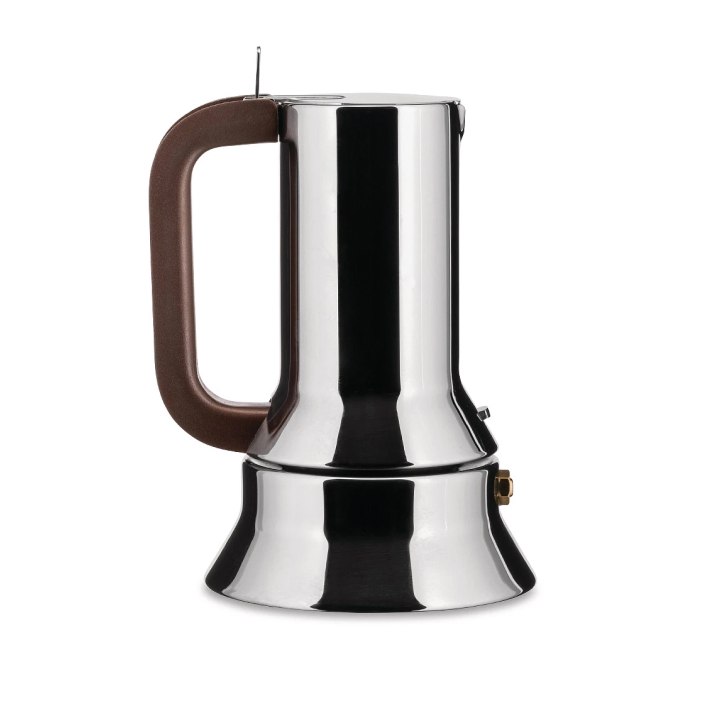 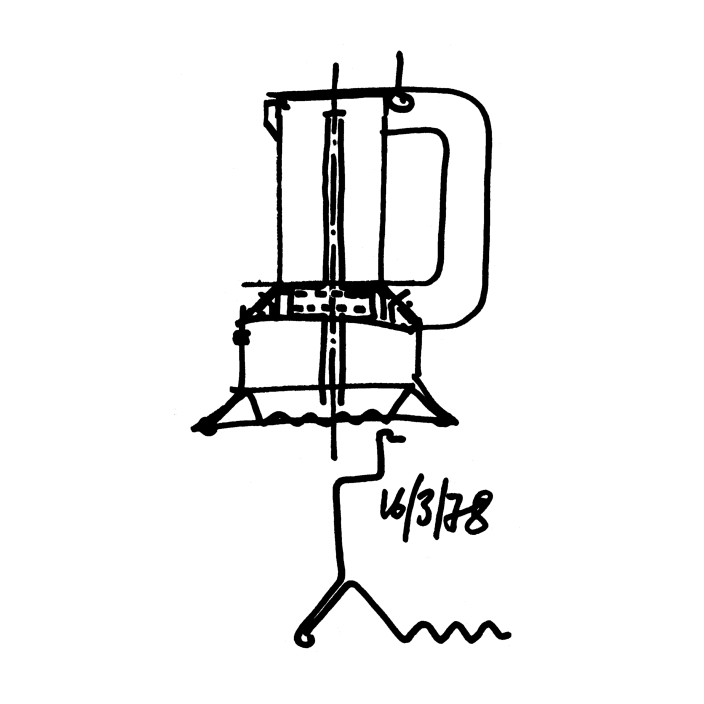 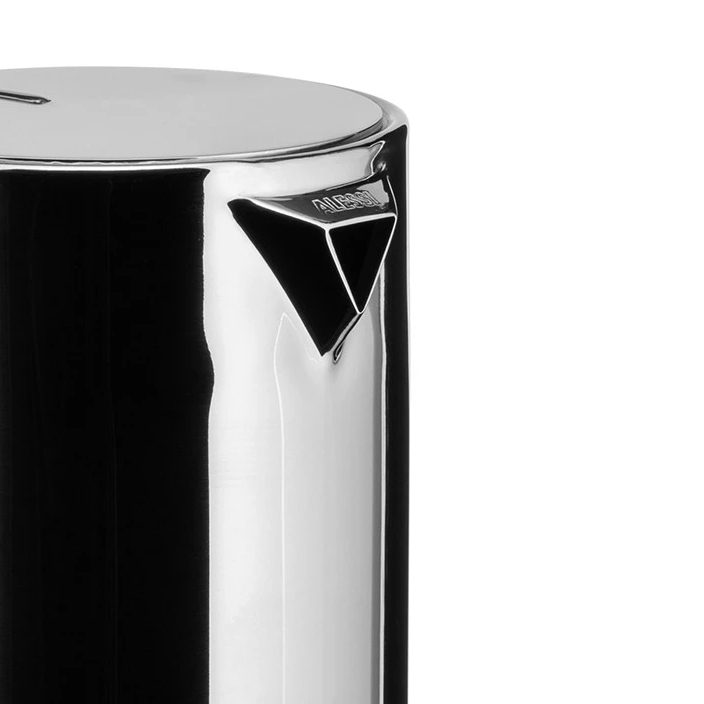 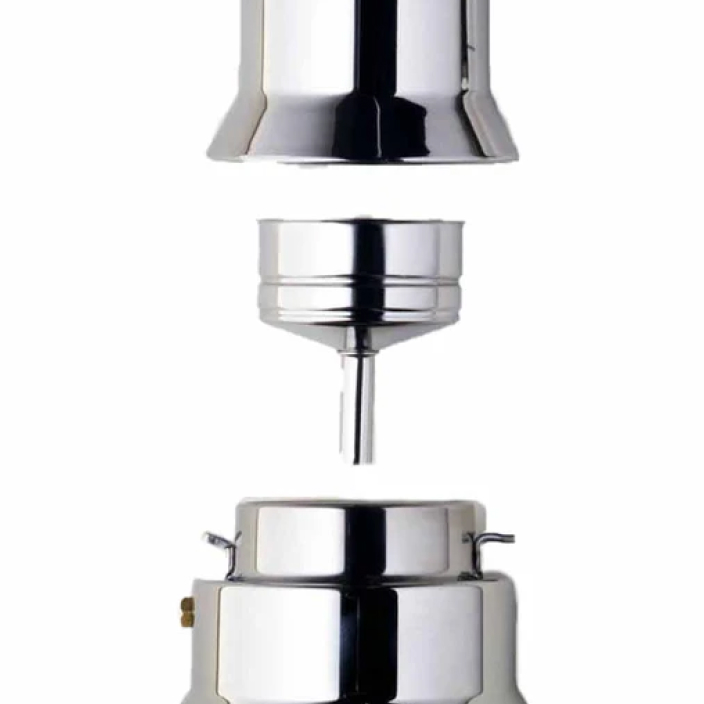 While Richard was designing the device, he marveled at how complicated the system inside was. Instead of hiding that complexity, he decided to reflect it in its steam engine-like appearance.

Richard’s focus on how things operate continues in the way he worked. Unlike many other designers, who spend most of their time sketching the outer forms of products, Richard draws cross-sections. It’s a technique he in no doubt picked up at Mercedes, his first job out of school.

His tendency to care not just about the way something looks but also the way it functions came in handy when he thought of the idea for the Artemide Tizio, one of two lamps which I consider my favorites.

Challenged by Artemide founder Ernesto Gismondi, Richard began prototyping a lamp to suit his own needs. He went as far as finding the joints needed to both enable movement and conduct electricity through the lamp’s frame. The Tizio was only possible through Richard’s understanding beyond the aesthetic realm.

It has continued to be a successful product for Artemide.

Even though many products didn’t fare as well as the Tizio, it’s clear Richard did everything in his power to make them a success.

There is a parallel between Richard Sapper and Henry Moore. The latter’s success came not from his abilities as a sculptor but his understanding of architecture. At the time, there was few things more desirable than a Moore sculpture placed in front of the rectilinear facade of a modernist building. Moore was friends with many of the architectural successes at the time, who would call him up when they needed a sculpture in front of a project.

Similarly, Richard’s success as a designer came from this understanding of the business side of things. He worked with entrepreneurs like Ernesto Gismondi and corporate behemoths like IBM. All the while, he cared about the business impact of his work.

In the documentary, Richard speaks about his collaboration with FIAT. In the book, we learn how that collaboration eventually played out. His X 126 Softnose project ultimately never made it into production. One of the innovation from the project did live on, the plastic bumper.

The technology took off, replacing previous sheet metal stamped bumpers. The change nearly lead to the demise of a FIAT sheet metal factory. Richard, in a stroke of business genius, saved the plant by employing it in the production of chairs for one of his other clients, Knoll.

Richard saw past the boundaries traditionally set up in the design profession. Hence, his impact on the world has been wide-reaching.

Roberto Guerra’s movie about Richard Sapper ends on an encouraging note. He talks about the value that objects can bring into life by contrasting the natural beauty outside his house to a dark, windowless office. He says how elegantly designed objects couldn’t enhance that natural view, but in the office, they can create a considerable impact.

Richard Sapper, Edited by Jonathan Olivares ends with the thoughts of a man who has seen the effects of his life’s work play out. He talks of the environment and laments the negative impacts of industrialized production. Dieter Rams spoke of the same topic in Rams. Dieter said that if he were to do it all again, that he wouldn’t become a designer.

Richard, on the other hand, holds steadfast to the promise of design that he felt at the peak of his career. He still sees design and business as forces for good, believing that we can truly fix the problems we have created by thinking harder and considering the new things we have learned.

Richard is worth studying. Both the film and book offer glimpses into the work of a prolific genius who substantially impacted every aspect of design and business. Even though he avoided the lionization applied to his contemporary Dieter Rams, he was no less than his equal when measured by impact on our lives.