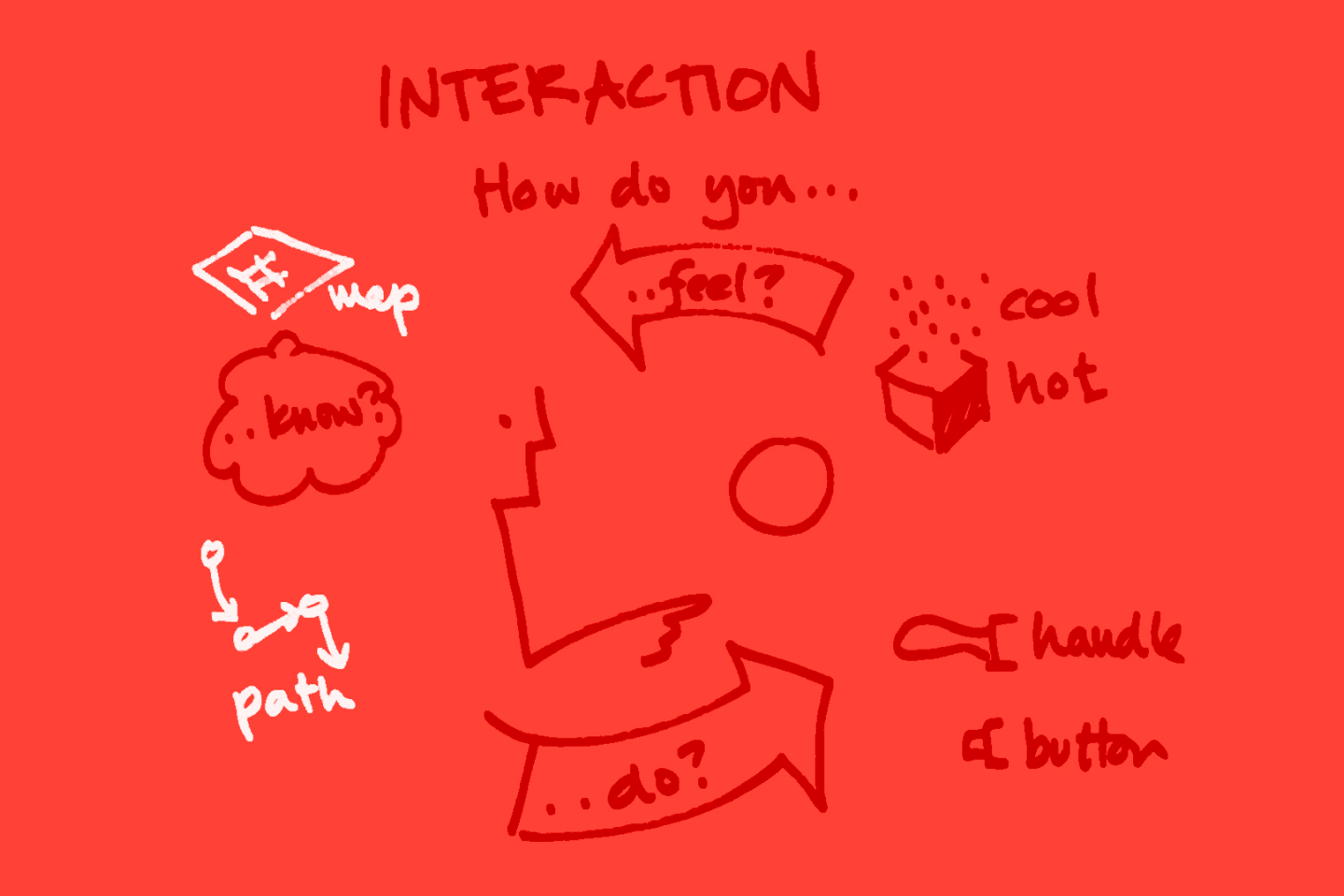 Are you designing a map or a path?

I have an excellent, underrated book called Designing Interactions. It was published 12 years ago and written by Bill Moggridge, founder of IDEO and designer of the first laptop (the GRiD Compass). The book is essentially a collection of interviews with some of the most influential designers and technologists in the history of personal computing.

It’s organized by topics such as “The Mouse and the Desktop” or “People and Prototypes”. Each of these topics centers around a few associated experts and their work. An accompanying DVD includes short video interviews.

One of the designers featured in the book is Bill Verplank, who, along with Bill Moggridge, coined the term interaction design. I love his ability to synthesize ideas through spoken words and drawings simultaneously. In the following video clip from the book, he describes that the job of the interaction designer is to answer three questions that start with the words “how do you…”.

The first time I watched that video, the drawing firmly imprinted in my mind. It’s so simple at the surface, yet has profound implications for the work we do.

How do you do?

This question aims to answer how designers create affordances that enable people to interact with the world around them. Bill suggests a dichotomy of buttons and handles. Buttons are discreet and defer control to the machine. Handles, on the other hand, offer continuous control.

The mouse is a handle for moving among millions of pixels with a button for selecting one. Buttons with variation, for example, the keys of a music synthesizer keyboard with velocity and aftertouch allow not only discrete selections but expression. ― Bill Verplank

How do you feel?

The second question is about how people receive feedback from the world. Bill adopts the concept of “hot” and “cold” media from Marshall McLuhan’s 1964 book Understanding Media. “Hot media” like video or photographs are rich in sensory data and essentially “spoon-feed” content to users. “Cool media”, like written words, provide less sensory data, requiring more user participation to understand.

How do you know?

The answers to the first two questions form a feedback loop between input from the user and output from the system. They involve the senses, such as touch, sight, and hearing.

The third question, “how do you know” is concerned, not with senses, but with the mental model that the system creates.

Some problems require maps, where landmarks and the layout of the solution help communicate to the user how to navigate. Others require a path, a predetermined set of steps that the user can follow.

Paths can be perfect for a consistent, repetitive workflow. However, they can be limiting if a user needs to deviate from part of that path.

Maps offer great flexibility as long as they are sensibly built. They should guide and orient the user, while at the same time empowering them to chart their own path.

So much of the blame for poorly designed software stems from inadequate answers to the question of “how do you know?”. When we are designing software, we should provide well-considered maps and paths as needed. Some solutions require elements of both, as well.