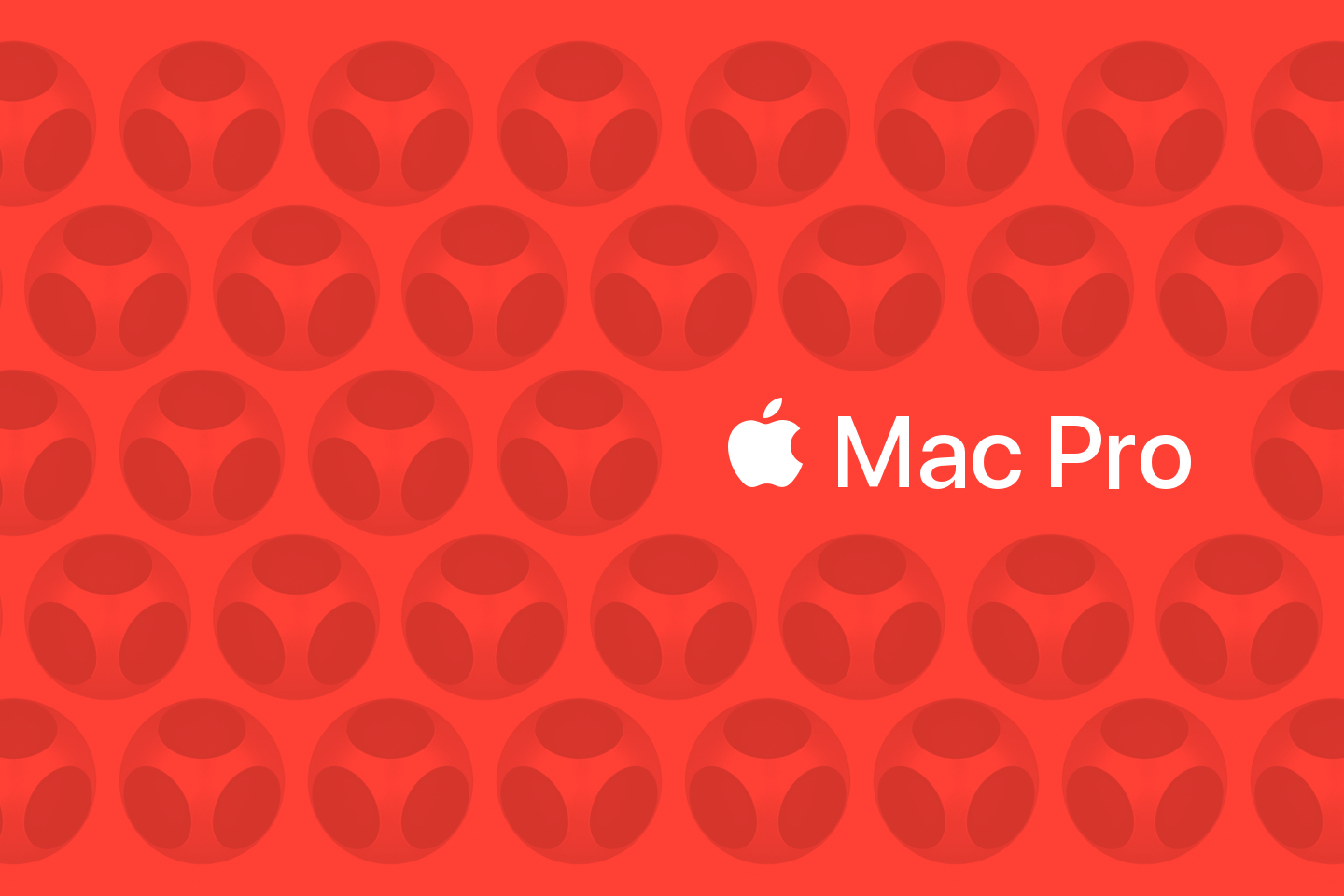 The new Mac Pro is a design remix

Apple held its annual developer conference, WWDC, this week in San Jose. In the keynote, aside from a slew of developer-focused software announcements, one new hardware announcement has attracted the most attention, the 2019 Mac Pro and Pro Display XDR.

This Mac Pro takes the top spot in the Mac desktop lineup. Its predecessor, 2013’s 2nd generation or “trash can” Mac Pro, while beautiful and radically different, was largely a failure. That design abandoned the modular, upgradeable tower design that Apple had been selling for decades. Instead, it introduced a sleek and compact, but ultimately limited package.

The first generation Mac Pro looks enormous next to its replacement

Then, in 2017, Apple apologized to its pro users and admitted that they designed themselves into a “thermal corner” and that they were working on a new, completely-redesigned modular Mac Pro.

That device is what we got to see a glimpse of this week. It’s not a radical shift like what its previous generation attempted, but instead a return to form. In fact, it’s heavily inspired by many of Apple’s past products.

From the outside, the appearance of the Mac Pro is dominated by the large stainless steel handles and feet that protrude from the housing.

A large circular latch on the top lifts up and turns to disengage the housing from the space frame and doubles as a handle as you lift the housing up as one piece, allowing easy access to the components inside. The interiors of most computers are accessed by removing multiple individual panels. Taking the “skin” off the computer as one piece allows easy 360-degree access.

The housing is made entirely from CNC-milled, bead-blasted and anodized aluminum. It’s extremely strong and able to stand on its own when not secured on the frame. Yet, the front and back of it are porous enough to allow airflow. More on that later.

Inside, all internal components are directly mounted to the polished stainless steel space frame. Those handles and feet I pointed out earlier are actually structural parts of the space frame that protrude out of the housing.

This isn’t the first time that Apple has used a similar method of mounting all the internal components on a frame and enclosing them in a removable, one-piece housing.

That honor goes to the Power Mac G4 Cube, which lived a short life from 2000-2001. The Cube’s innards are accessed by turning it upside-down and pulling out the frame using a collapsible handle.

The thermal design of the new Mac Pro is yet again inspired by previous products, this time the Power Mac G5 tower from 2003, affectionately called the “cheese grater”.

The G5 is divided into four thermal zones using walls and a plastic air deflector. In each zone, low-speed fans intake air through the front and over components and through heatsinks. Then, hot air is exhausted from the back.

That was almost revolutionary when compared to the average desktop tower at the time that was basically one big thermal zone.

Separating the one big space into smaller zones allows each one to be individually monitored and cooled. Fans will spin up only when a particular component they are responsible for actually heats up. The end result is quieter, more efficient cooling.

In the new Mac Pro, Apple is using a metal plate they are calling the “Sea wall” and the motherboard itself to divide the interior into two thermal zones. In the larger space in front of the motherboard, three large impeller fans intake air from the front, over the CPU heatsink and expansion cards and out the back.

On the other side, a blower style fan pulls air through the memory, solid state storage and, power supply and out the back.

Say what you want about the price of the Pro Display XDR’s stand. It’s a great piece of engineering. While the stand looks simple on the outside, linkages inside allow the display to be effortlessly repositioned vertically while maintaining an angle parallel to its original position.

Most users of run-of-the-mill monitor arms likely have firsthand experience of a wobbly arm or having to adjust set screws to keep an arm from sagging. Making an arm that is sturdy and stiff, yet still easy to move is a mighty challenge.

The Pro Display XDR isn’t the first Apple product to feature an arm like this. 2002’s iMac G4, the first flatscreen iMac, debuted with an arm connecting the hemispherical body to the flat panel. That arm was so strong that Apple actually recommended it be used as the handle for moving the computer around.

The visual motif that has been receiving the most polarized opinions is the new three-dimensional lattice grille found on the front and back of the Mac Pro and on the rear of the Pro Display XDR. Many think it looks ugly. Trypophobes like my wife can’t even look at it.

I, however, think it’s quite beautiful, almost like the art of sculptor and architect Erwin Hauer. However, it would be a mistake to see it purely as art.

The lattice grille’s aesthetics are governed entirely by function. It solves a similar problem that Apple had to solve with the palm rest of the unibody MacBook Air and MacBook Pro in 2008. How do you cut away most of a slab without compromising its structure?

This palm rest is the backbone for the entire product. Normally, when you have a palm rest, you cut this great big hole that makes it completely hopeless in terms of having any structural integrity. What we discovered was that, instead of one big hole, if we machine a whole bunch of small holes, the structure remains largely intact.

Essentially, instead of cutting one large hole for a one-piece keyboard assembly (as in previous macs), Apple cut an individual hole for each key. The remaining frame between the keys preserved the structure of the palm rest.

They took a novel approach to this same problem with the lattice grille. An array of hexagonally tessellated spheres is carved from one side of the aluminum slab and another offset array is carved from the other. These voids overlap to allow air to flow through. This process removes more than 50% of the material, leaving behind a strong structure that is in fact mostly air.

There is an elegance to how this solution’s form is driven by its functional requirements.

I wish I could have seen the process of experimenting with variables like the depth of the cuts, overlap between the spheres, the ratio of the spheres’ diameter to space between, all while optimizing for airflow and strength. I also wonder how many iterations it took to settle on the final specifications.

Apple has, for quite a long time, shipped its computers with cords coated in a rubber-like polymer. With the Mac Pro and the Pro Display XDR however, Apple is shipping cloth-wrapped power and Thunderbolt 3 cords. I’m guessing that durability is the reason.

For well over a decade, Apple peripherals like mice and keyboards were white with touches of silver-colored anodized aluminum.

The normally silver anodized aluminum surfaces in the Magic Mouse, Magic Trackpad and Magic Keyboard were colored space gray and the white surfaces were colored black.

The New Mac Pro’s color scheme has taken a different turn. The Apple logo on the side, components inside and cords are black and the housing and space frame are silver.

To go with this theme is a remixed set of peripherals that combine the silver aluminum from the white set and the black surfaces from the space gray set.

The first Mac on wheels

Not everything on the new Mac Pro is a remix. This model is actually the first Mac to support wheels. Apple has designed a custom set of rotating, stainless steel centreless wheels that can replace the stands that come out of the box.

Apple returned to doing what it does best by balancing the use of tried and true formulas with new techniques and technologies in the design and manufacture of this new Mac Pro.

It may focus on a very high-end professional market, but it’s important for what it represents. It’s a halo project that reaffirms Apple’s commitment to its desktop and professional users, a commitment that has been uncertain in the eyes of many fans and customers for the better part of the last decade.