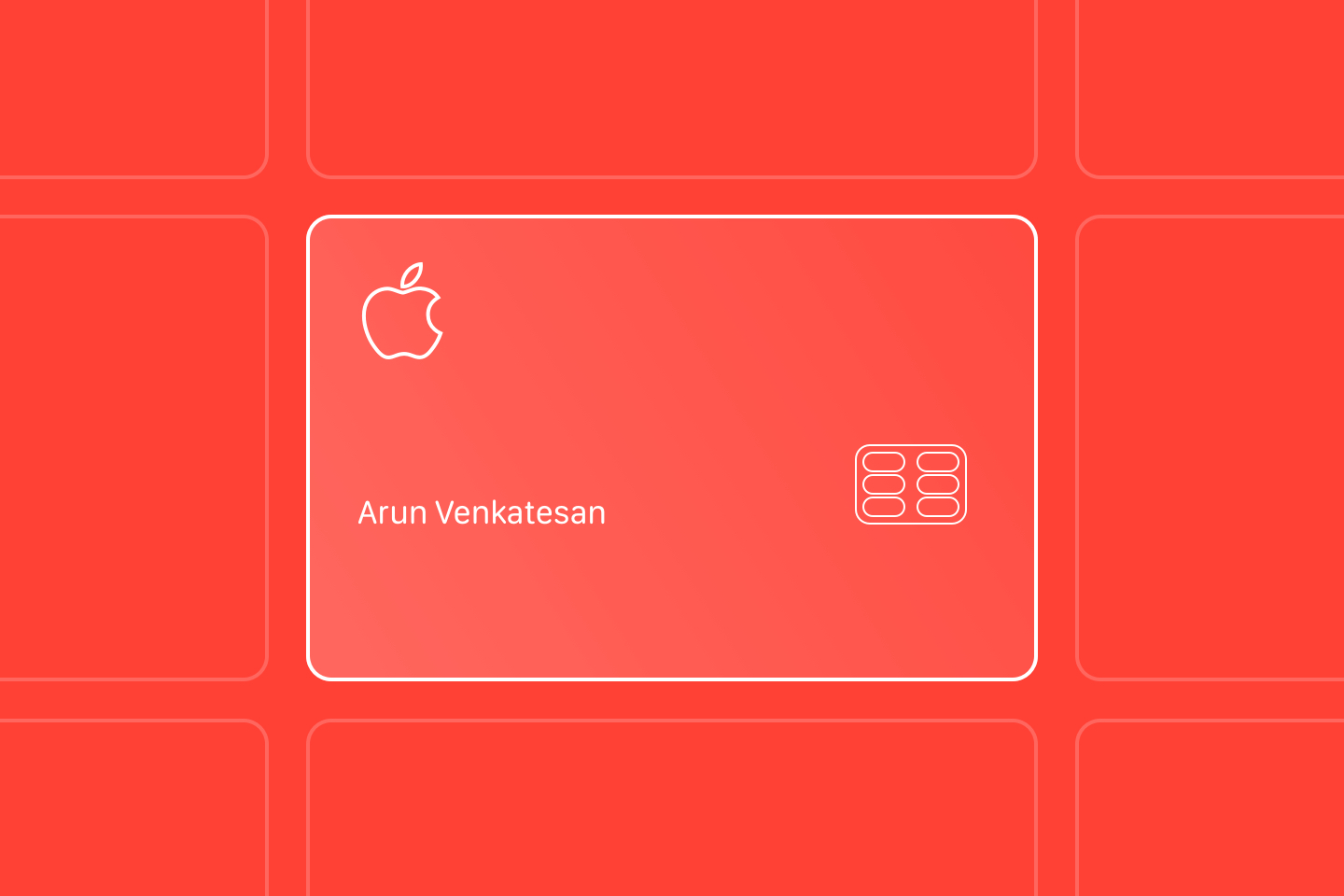 The Design of Apple's Credit Card

Apple’s special event this week was all about software subscription services, signaling a new focus on business aside from its bread and butter of consumer electronics.

Nestled among the software announcements, there was one announcement that piqued my interest, the physical version of Apple’s new credit card, Apple Card.

As is expected from Apple, the card is unlike any other. At a close glance, the minutest details set it apart from the rest. Of course, the physical card hasn’t been released yet, but we can learn a lot from what Apple has shown in promotional material.

Apple chose to create the card from titanium or likely an alloy of titanium. While titanium is more expensive than other metals, it has some properties that make it ideal for use in a credit card.

Apple is also giving the titanium a light colored coating that gets cut away on the edges of the card and engraved away in the markings to reveal the raw metal underneath.

If the manufacturing process shown in the keynote is similar to what will be used for the final product, Apple’s card will also be created in a way completely new to credit cards.

Most commonly available “metal” credit cards are a stamped piece of metal or a slim piece of metal laminated between two pieces of plastic onto which the EMV chip, numbers and markings are applied.

Apple’s video shows a card blank being cut from a single sheet of titanium. Then, a CNC mill cuts out a space for the EMV chip to be inserted in a later step.

This is a simplified form of the unibody manufacturing process that Apple started using in the original MacBook Air and second generation MacBook Pro back in 2008. Instead of using traditional methods of bonding multiple pieces of metal or plastic, the chassis of the device is carved from a single block of metal.

The unibody manufacturing process lends both durability and strength to the final product. In a credit card, this will add longevity.

I have found that the layers of a metal card that I own have slowly started to peel apart with repeated swipes and inserts into card readers. A unibody credit card won’t have that problem.

The essence of the design of Apple Card is reduction. Some high-end credit cards move many markings to the back of the card. Apple has gone one step further.

The front is only adorned with an etched Apple logo and the cardholder’s name aligned with the bottom of the chip.

The back is equally minimal. The magnetic stripe continues to the edge of the card. Impressively, Apple has managed to move not just the issuing bank’s logo (Goldman Sachs), but also the credit card network’s logo (Mastercard) to the back. The new Mastercard logo that Pentagram redesigned in 2016 has also been given the same outlined, engraved treatment as the Apple logo on the front.

In the video, the outline of an Apple logo from the front of the card is first laser etched.

That outline is then engraved again into a channel with a V-shaped cross-section. These slanted surfaces are designed to catch and reflect light as you turn the card.

This may, in fact, be the first time Apple is using a rounded font in a physical product since its use of VAG Rounded. Usage of that font was phased out completely in favor of San Francisco on current keyboards.

Most credit cards these days are chip cards. They have a small silver or gold colored rounded rectangle at the front which is used for chip readers. Although we usually call them chips, they are actually just conductive contacts that connect to a chip underneath. There are so many different designs of chip contacts, but I wouldn’t call any of them aesthetically pleasing.

Apple has decided to change that and redesigned this part of the credit card as well. Their design consists of six pill shaped contacts within a rounded rectangle. The contacts are arranged so that their rounded corners are concentric with the corners of the outer rectangle.

This level of obsession with the details is nearly expected from Apple. It’s an obsession that requires taste, wealth, expertise and an extensive supply chain, a combination unique to Apple.

It’s important to note that like Apple’s other products, the success of this card will be dependent on the ecosystem around it. It’s the job of deep software integration, daily cash back, privacy and security features, etc. to attract consumers. This physical card is just the cherry on top.

I can’t wait to hold one in my hands.